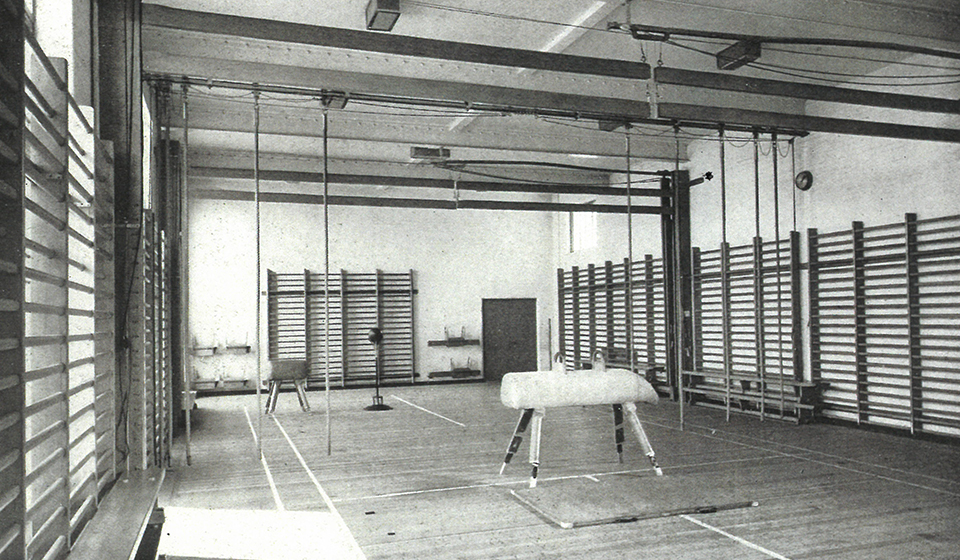 “I feel there was practically no realisation of what the development of mechanised forces really means; what labour is involved, and the amount of skill required both in the Services and out of them. That deficiency had to be made good, and the steps taken have, of course, been varied, but the Country should be grateful that there was in existence this available capacity for training through these Technical Colleges.” - Rt. Hon. Ernest Bevin, M.P., Minister of Labour, in a message to the College on 24th October 1941.

During the 1939-40 session, the College continued to offer evening classes even during black-out conditions. This was continued into the 1940-41 year, however, “owing to the change in the character of the war and the incidence of blitz conditions, it was deemed advisable to cancel all evening instruction” (Lowery, 1941).

It was later arranged that those students who could only attend evening classes were provided a full programme of summer evening classes over a period of four to five months. These proved popular to students as can be seen by the 1,000 new enrolments that were received for those classes, allowing students to receive full preparation for some professional exams.

During the first full academic year of the war, Lowery (1941) recalled in the College’s Annual Report that the College was “one of very great activity.” In addition, “the entire resources of the College have been used in the prosecution of the war effort, both in training and production.” The war put such a strain on college space and resources during the years that the unevacuated parts of the Day Schools were re-housed in the two former buildings located at Hoe Street and some rooms were used for teaching at the Sir George Monoux Grammar School.

Out of necessity, wartime brings with it many innovations and new approaches that may previously have taken years to implement or just dismissed entirely. In October 1939 the College started to run day courses at the weekend to cater for those balancing overtime work in factories with other wartime commitments such as the Home Guard or Air Raid Precautions (ARP). You can imagine how controversial Sunday morning courses would have been to local religious leaders and, indeed, the Principal was engaged in correspondence with several local religious ministers who disapproved.

One Bishop’s objection was quoted in The Essex Chronicle (1940) during a stern debate between himself and Mr J. Hewett, Chairman of South-Western Regional Sub-Committee, “I do not take objection to it on narrow, Sabbatarian grounds, but on the ground of the recognition of the special character of the Sunday in regard to human well-being.” The debate seems to have ended abruptly after Mr W.J. Bennett stepped in to say “All values have simply gone to pieces. For the moment everything is war, and there is nothing spiritual about war. So far as we can enable our youth to get the education necessary to fit them for their work, even if it is only turning out a sharper bayonet for the enemy, we must put up with it.”

W.R. Bray (1947, p.16) wrote of his first-hand experience of weekend classes, “I am a church-member and an official. For three or four war years I taught these students on Sunday mornings and then went to the afternoon service at my church. I know of several students who did the same. I would like to state here my considered opinion that the holding of these classes was a most useful education and social service carried out by the College for the community. Had the classes not been held, many students in the middle of their student life would have had their courses interrupted and would have found it impossible after the break to start their studies all over again. Many would have gone into the forces less well equipped than was actually the case. They were working all the week in factories, and apart from black-out, difficulties of evening travel, commitments in A.R.P., Civil defence and Home Guard, were too tired to do justice to their work at night. The week-end class was the only answer to the problem, and, as far as I know personally, in the case of those who wished to attend church, the fact of classes being held on Sunday morning proved no deterrent. The others would probably not have attended church anyway.”

Bray’s sentiment is reinforced by Lowery (1942, p.5), “I feel sure that the great popularity of these [weekend] classes indicates the appreciation that students have for facilities for doing their studies in the day-time. Students who attend classes on Sunday mornings frequently tell me that they feel they are able to benefit more from College amenities”.

These weekend classes were incredibly successful and during the period they existed catered for 7,760 students. The peak was in the 1941-42 academic year, after which, due to ever-improving black-out capabilities, the weekend courses were slowly tapered off in favour of evening classes, however, even in the last winter of the war 873 weekend students attended (Bray, 1947, p.63).

Very few courses or activities at the College during the war period were completely separated from the war itself. Most courses run with an agenda to train those ready for the services or for work in factories producing arms and munitions. However, there were a number of students each year who were given day release by their place of work to continue with their education. In total 2,048 full-time and 2,027 part-time students attended the College on release from the workplace between the 1938-39 and 1945-46 academic years (Bray, 1947, p.61).

Another item to note is, the College, living up to the statement of it being “The People’s University”, started to run degrees under the University of London. This programme of degrees started with the Science Department in 1938 and by the end of the war included the Engineering Department (available from July 1942) and Department of Commerce, Languages & Social Studies (first degree success in 1945). The first individual to earn a B.Sc was Brian Rider in the summer of 1940. During the war period 12 students achieved degrees with a further 26 completing the intermediate examination.

It’s a wonder how civilian training was able to run at all during the war. Without the other campuses on Hoe Street, and the availability of Sir George Monoux Grammar School (among other locations) taking the overspill, the number of military students alone would have been too much.

Space wasn’t the only problem, equipment was in high demand and short supply. Upon opening, the College had been fitted with a large array of equipment, but when more specialised courses started, different equipment in larger quantities was needed. This equipment was often requisitioned, firstly, for factories, but also the military’s own workshops.

Some assistance was provided by the Essex Education Committee along with local schools in the form of loaned machinery and tools (Lowery, 1941,p.6). Other equipment was located as a result of Mr H.J. Cooper, B.Sc., A.R.C.Sc.I., A.M.I.E.E., Head of the Engineering Department, keeping a watchful eye and ear. W.R. Bray (1947, p.23) notes, “Of all the deals probably the most sensational was that in which a number of American lathes were purchased before even the boat in which they were being brought to England had docked. Mr. Cooper was at the dockside to meet them.” Other sources throughout the war years included other colleges and universities, such as University of Manchester loaning a rock salt prism and galvanometer, the College of Technology, Manchester loaning photo-electric cells and spectrometer, and the Royal Society for apparatus for the optical dispersion of gasses (Lowery, 1944,p.18).

In another bid to bring education to the community and to boost morale during air raids, Alderman Ross Wyld, ARP Officer (later, Chairman of Civil Services and Air Raid Precautions in Walthamstow) suggested the College could deliver some lectures in air raid shelters. Two notable occasions this occurred were when Mr Astins, Chairman of Governors gave a lecture on William Morris and Dr Lowery, Principal, gave a lecture on astronomy. The lectures must have had impact, as after the war, a member of the RAF came to the College enquiring about astronomy courses (Bray,1947, p.118).

We must also make a final mention of the resilience and bravery of those attending classes at the College in the face of air raids. Dr H. Lowery (1944, p.6) highlights that “it is remarkable how well students attended the classes throughout the flying-bomb attacks during the summer of 1944.” Although there was never a direct hit on the College building, many bombs that were dropped locally did damage to the College, and students and staff would regularly find themselves ducking in and out of the limited cover of their desks. In a summary of College buildings, Dr H. Lowery (1941, p.10) reports, “the College workshops suffered considerable damage due to blast and many windows in the main building were broken and steel window frames buckled. A shelter at the rear of the building was demolished by a direct hit...a large bomb fell in the front grounds and brought down two trees and displaced some of our front steps.”