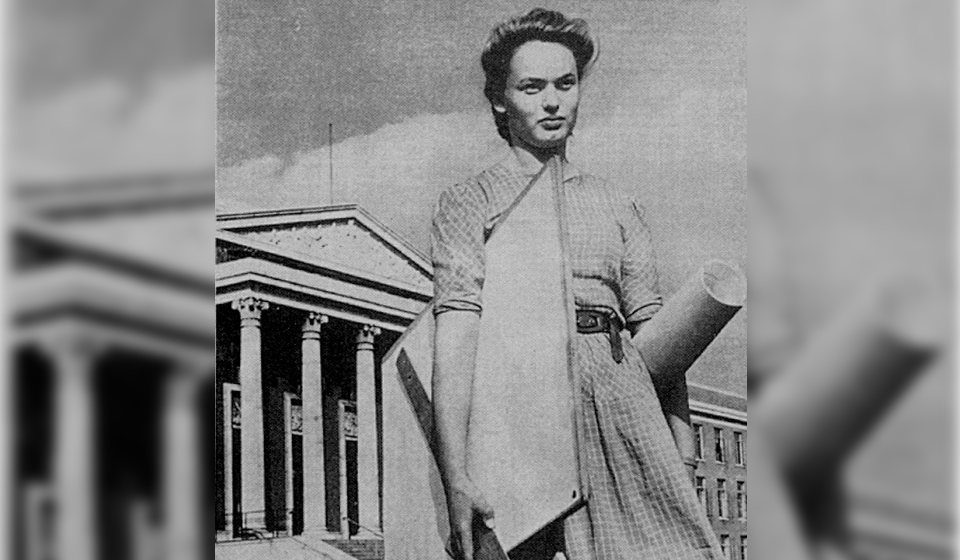 “The corporate life of the members of the College is fostered by the activities of the Students’ Union, to which all members belong and which is responsible for organising numerous athletic clubs and arranging both indoor and outdoor games. It also arranges varied social functions which all aim at bringing about personal contact among the members which is so essential in a great community centre.” - Dr H. Lowery, in the Official Opening guide, 28 February 1939.

When exploring the history of the College it’s important to try and get a sense of what student life was like. Unfortunately, there is a lack of testimonial from those who experienced it during the College’s first years, so we must rely mainly on literature from reports, newspapers and books of the time. Regardless, this can give us a sense of the experience those who attended the College's first year had.

Something that was very much at the heart of the student experience in 1938/39, as it still is today, was the Students’ Union. The first Social Organiser was Mr T. Corkhill and as W.R. Bray (1947, p.12) states, “Great strides were made on the social and cultural sides of student life”. The Union helped to establish many activities such as, badminton, table tennis, boxing and netball, and there was a country and Morris dancing club with dances held on Saturdays in the College Hall (Fiftieth Anniversary Waltham Forest College, 1988).

Continuing with these cultural and social activities, 1938 also saw the founding of the College Amateur Operatic Society (CAOS), which, as of 2021, is still running.  The Society was originally formed as an evening class and gave its first performance on Thursday 20th April 1939 making use of the College Stage and Hall (The First 70 Years of Song & Music, The College Amateur Society, 1938-2008, 2008, p.1).

The production was ‘Patience’ and had a cast of 32 women and 16 men. An amusing footnote in the original programme says, “Ladies are requested to remove their hats during the performance (Cox-Ife, 1939).” The performance itself was met with great enthusiasm and was deemed a successful debut. K.D.J (1939), wrote in the Walthamstow Guardian review, “This first performance in the College theatre can be described as an impressive start for an excellent company of players, who presented with charm, clarity and colour this popular Gilbert and Sullivan piece.” It was also stated that if the play was a sign of musical treats to come, then “Walthamstow lovers of melody will make this delightful theatre their Mecca.” Quite impressive for the first performance of a college theatre group.

During the Easter Holidays of 1939 the first trip abroad took place when a group of 60 students, led by Dr D.C. Collins, visited the Netherlands as guests of the Dutch Education Department. The students stayed with Dutch families. This was followed in May by another group who this time visited Belgium under the stewardship of Mr L.E. Samuel, B.A.,B.Sc.. They visited Brussels and Liege before moving onto the Ardennes. As W.R. Bray (1947, p.12) says, “it is sad to reflect that in the case of many of these boys their next expedition abroad was to be made some few years later under less peaceful circumstances and that any who visited Belgium again must have found a country tragically changed by the impact of war and enemy occupation.”

Along with all the classrooms, laboratories and workshops, the College was not lacking in facilities for students to enjoy an active and social life. The College had its own gymnasium, cinema, swimming pool and a large refectory able to accommodate 500 diners at one sitting – a two-course meal only cost sevenpence (around £1.15 today) (A Special Correspondent, 1939, p.17).

Patricia Heath, who revisited the College in 2019 recalled her experience with the food served, “At the [Walthamstow] Commercial School we were allowed to bring our own tin of beans for lunch. Tin of beans on toast. Yes, we had lunches [at South-West Essex Technical College] because the one thing I couldn’t stand were butter beans. They didn’t have tomato sauce on them in those days. One thing I did really like was banana custard.”

The Daily Mirror (1939, p.17) references the great keep fit movement that the College embraced and described how “students of both sexes mingle in the common rooms between lessons. They play darts and ping-pong listen to the wireless and discuss lectures”. Lord De La Warr certainly summed this up when he mentioned at the opening that the College was “a community centre more than a college.”

Students at the College were no stranger to sports and there were times the College competed against regional rivals. One such event at the South-East Essex Technical College is documented in The Essex Chronicle (1939, p.2), as part of a day of sports, there was an “inter-College match between teams representing the Day Schools of the South-East and South-West Essex Technical Colleges.” The result? S.W. Essex, 20 points, S.E. Essex 16 points. A winning legacy that I'm sure the current College teams would say continues to this day.