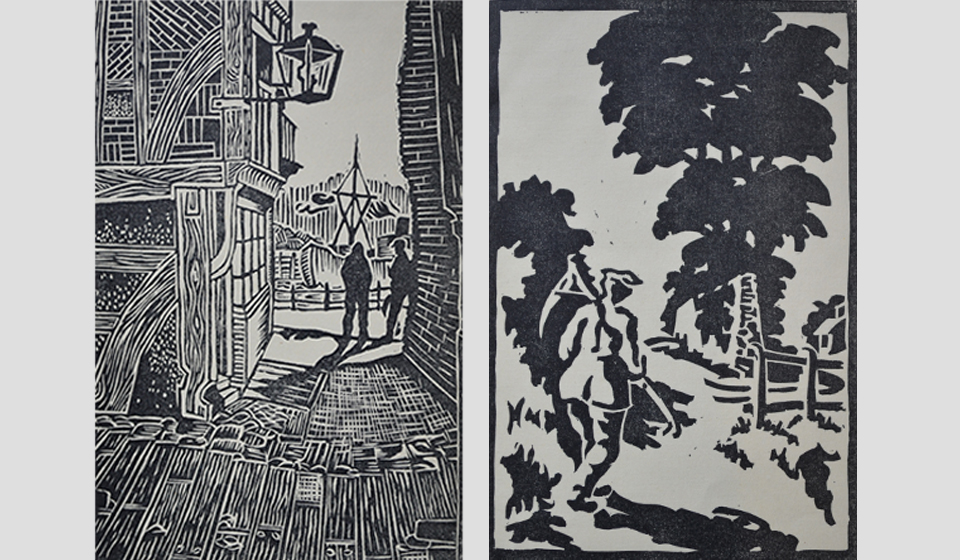 "Of all the objectives towards which a teacher may direct his effort, none is more important to individuals and to society than the making and moulding of Character – that fundamental, rather mysterious something in a person’s make-up which is the source of conduct.” - Dr A. Plummer, Director of Forest Training School, Forest Training College Student Magazine 1948-9.

The 1944 Education Act was a significant step in education reform. World War 2 had brought forward a considerable need for reform after the destruction of school buildings in bombing raids and the lack of new buildings being erected during the war years. The new Act’s key actions would be to lengthen the school life for all children, decrease the size of classes, introduce a system of compulsory part-time education up to 18 years of age, provide adequate technical and adult education facilities, expand youth services and expand teacher training (Jones, 1948, p.92).

Miss M.A.B Jones (1948, p.92) rightly indicates that the most important of these reforms was the expansion of teacher training. There was a limitation in the number of facilities across the country used for training teachers. These could be expanded, but not to the extent needed to fulfil the requirements of the Act. The Government also feared a reduction of teachers due to the casualties of war and so an emergency training scheme was established which would mostly draw trainees from the older age groups.

Not only was the new scheme going to train more teachers, but it would do it at a quicker pace with shorter course duration and would be much more extensive than previous courses. It was also believed by some, including His Majesty’s Inspectorate, that “the teaching in the schools was too limited in its objective to keep pace with the needs of a changing world (Jones, 1948, p.92).” As such, new experimentation in teaching methods would be employed to breathe fresh life into a possibly stale profession. This was just as well, as although many of the older generation coming in for training would lack an academic background, they could potentially bring in experience from other fields.

In the Fiftieth Anniversary Guide (1988, p10), Mr Robert Barltrop, Ex-student of Forest Training College sums up the ethos of the training schemes. “A certain educational modishness ran through the course. We were there when the 1944 Education Act was coming into force, and the majority of us were going to teach in the newly-established secondary modern schools. The talk was of the fresh traditions to be created: the secondary moderns were to produce new citizens for a new age. And we, in turn, had to be well adjusted and with it persons fitted to the guides in that regime. In fact, I think the Emergency Training Courses did produce a high proportion of teachers with a strong sense of vocation. But in ten years the new age went sour; by the late 1950s the 1944 Act’s tripartite system was being attacked widely, and the move towards replacing it with comprehensive schools was underway.”

In November 1945 South-West Essex Technical College became home to the Forest Training College under the stewardship of Dr A. Plummer, formerly Head of the College’s Commerce Department (Lowery, 1946, p.5). The Training College had a capacity for 130 students and according to the Fiftieth Anniversary Booklet (1988), students often had to wait for a place on the course and, while waiting, took positions as temporary unqualified assistants in schools.

The Forest Training College, although a separate provision to the rest of the South-West Essex Technical College, still had an active social and enrichment programme. There was the Students’ Union Committee who throughout the year organised various functions. One notable moment was “on the day of the Children’s Christmas Party, when the lift broke down, and a particular ‘Thank You’ is due to the gallants who toiled up and down the endless stairs from the refectory with trays of food (Ayres, 1950, p.14).”

The Training College also had its own cricket team and football team. The cricket team appears to have not been very successful with K.L. (1950, p.14) noting “running between the wickets and fielding must improve if more success is desired.” However, much humour was had at the Staff v. Students match, although this was somewhat overshadowed by one of the players needing a hospital visit.

The football team started out “with great enthusiasm” and the ability to field two teams, although they ended the season barely able to field one. In the 1949-1950 season, 14 games were cancelled either from the College Team not being able to field 11 men, or grounds being unfit. At the end of the season, 22 games were played with 9 wins, 4 draws and 9 losses with 61 goals for and 70 against. It is to be noted that all but two of the College’s games were played away due to not having a pitch available on Saturdays (Preston, 1950, p.15).

The Forest Training College’s final year was 1949-1950. By this time, emergency training schemes across the country had trained many thousands of new teachers and Forest College had certainly played its part. In the 1948-1949 academic year the College ended the year with 127 students and in 1949 – 1950, the final year, the College ended with 133. When considering the 130 student capacity, it's estimated that the College trained around 780 teachers during its five years. However, Sidney Rees (1950, p.1), Editor of the Forest Training College June 1950 Magazine, states in his opening address that “when the Autumn  term commences [after Forest Training School has closed], there will be some five hundred of us drifting into staff-rooms, all over the country, who once drifted into Room 12.”

In the final student magazine for the Training College, G.E. Hoffman (1950, p.21) shared some amusing quotes that he heard from both school pupils and staff during his time on teaching placement: