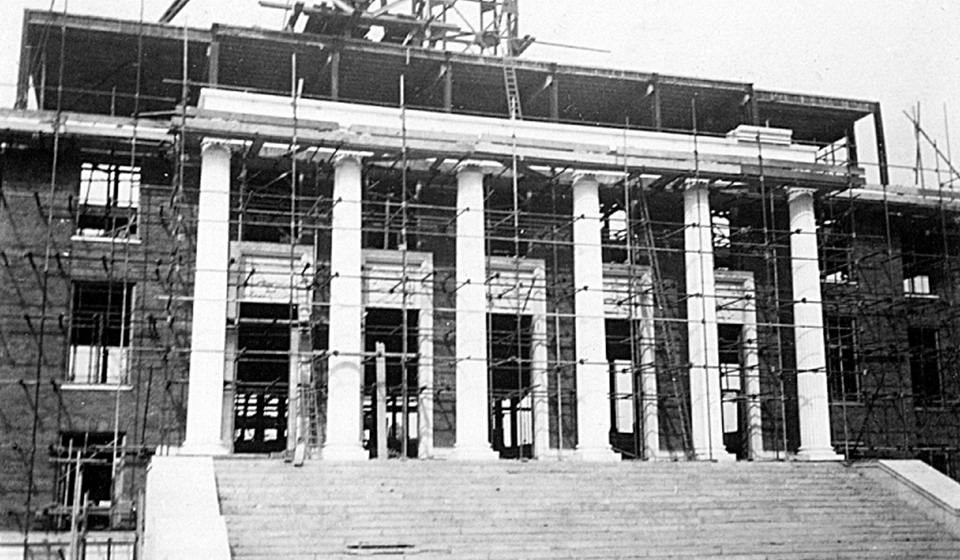 In July 1938 the Walthamstow Commercial School for Girls, Walthamstow and Leyton Technical Colleges and Leyton School of Art closed for the summer holidays, shutting their doors for what was considered the final time. The pupils of the day schools and evening students would continue their studies at the newly built and furnished South-West Essex Technical College.

On Monday 19th September, the College opened its doors for the first time with a week-long enrolment for evening students. At the end of a tiring, confusing and frantic week of new staff, students and no doubt the occasional nosey local, new records were set and the College enrolled 5,802 new evening students, up 67% on the figures of the previous colleges from the year before (Bray, 1947, p.7).

The experience of this hectic enrolment gave the College staff good practice for the weeks to come. On 24th September, under the dark clouds of potential war, the Government put in place evacuation procedures. As a result, on 26th September, it was decided the College opening should be postponed for a week. All College staff were called to duty and had the monumental task of sending letters of information. Not only to the 900 day school children but to the 5,802 newly enrolled evening students. It would have been a chaotic period to say the least, so, Dr H. Lowery, Principal, and Dr Baron, Head of the School, held a very cramped, 2000 strong parents’ meeting in the College Hall to explain the arrangements (Bray, 1947, p.8).

The aforementioned dark clouds began to clear on 30th September 1938 after Prime Minister, Neville Chamberlain came back from Munich and declared, "I have returned from Germany with peace for our time," referencing the Munich agreement between Nazi Germany, the United Kingdom, the French Third Republic and the Kingdom of Italy (Klein, 2020). Indeed, normality was established when the College finally opened on Monday 3rd October 1938.