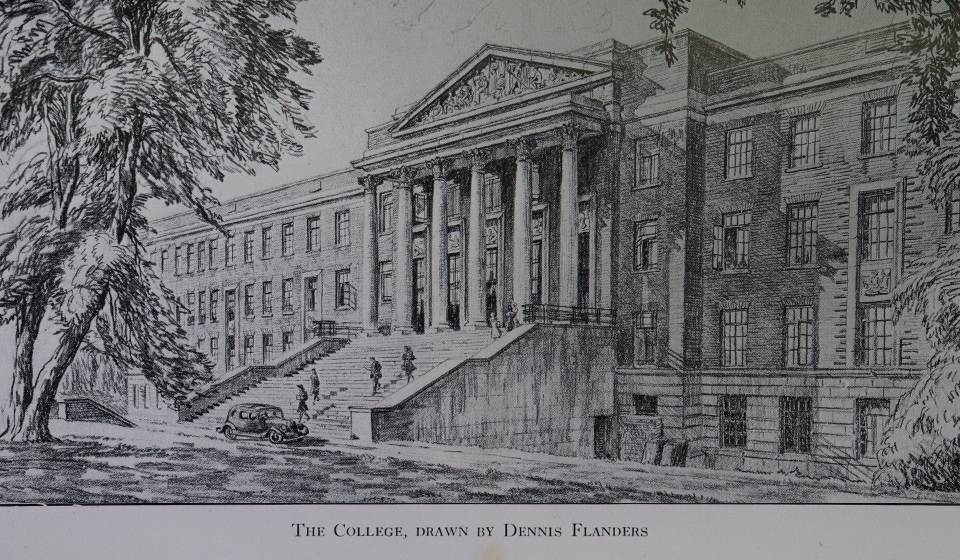 The College opened its doors to students Monday 3rd October 1938. This included 900 day school students from the former colleges as well as 5,802 newly enrolled evening students. The high number of students meant the College building was fast running out of space and new accommodation had to be found outside. In fact, the College was only under one roof for 2-3 days before the old Leyton and Walthamstow Colleges were reopened (The Times, 1939, p.13) and the College made temporary use of any available space at the Sir George Monoux Grammar School (Bray, 1947, p.10). It doesn’t appear to be until 2017 that the College, once again, came under one roof.

In 2019, members of the College staff had the honour of meeting Patricia Heath who attended the College during its first year, having been moved from the Walthamstow Commercial School. She shared stories of her time at the College and subsequent working life during the war. When asked about coming to the College, Patricia recalled, “We came from the Commercial School in Walthamstow, which was a lovely, big house with tennis courts in the grounds. We all came here together actually.”

Students from the Commercial School initially wore the school’s brown uniform when first attending the College, however, this later changed to a royal blue. Patricia remembers being concerned about her family's ability to afford the uniform, “I can’t remember how I got all the uniform. Because the first year of Commercial School we had a brown uniform, and the thing is they couldn’t be shortened or lengthened because they didn’t have a hem. So I thought I don’t know how we can afford a different uniform. But again, there must have been some arrangement because I remember having to take money every Monday morning to the clothing.”

It wasn’t quite the start of the term that everyone was expecting. Building work was still on-going in the College corridors, and in the outside spaces the landscapers were hard at work. To move around outside students and staff had to practice the art of “walking the plank” (Bray, 1947, p.9) and the first few months of lessons were disrupted by the sounds of heavy machinery.

Despite all this W.R. Bray (1947, p.9) recalls, “there was about the building a wonderful sense of cleanness and newness. Small boys were urged to keep their fingers off the walls, all day school pupils had to change into rubber soled slippers while in the building.” Patricia Heath also remembered the changing of shoes, “When we came into school the first thing we had to do was change into our house shoes, then you had gym shoes and tennis shoes. It was so much stuff. I’m sure they don’t change into house shoes now.”

The Times (1939). Culture and usefulness, Technical College at Walthamstow’, The Times, 1 March, p.13