Theatre and Drama at the South-West Essex Technical College 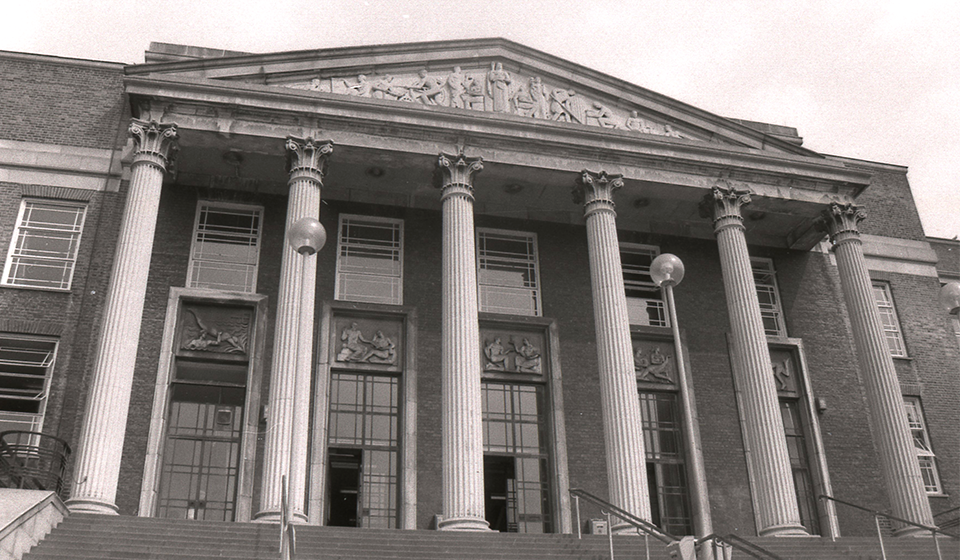 During the war years, the South-West Essex Technical College continued to have social and cultural events and clubs. The main outlet was in the form of theatre shows and performances, often by the military themselves. The College Amateur Operatic Society, initially formed in 1938, unofficially broke apart for a period during the war as full-scale productions were halted (The First 70 Years of Song & Music, The College Amateur Society, 1938-2008, 2008, p.3).

After the war, although there was a continuation of some restrictions and rationing, things could start getting back to normal and the College was able to, possibly for the first time since its opening, become a cultural hub of music, performance, exhibition and festivities for students, staff and the wider public.

The College Amateur Operatic Society was able to reform after the war and had many new members join. Mr Coxif, the original music director, and a few of the founding members also re-joined and in 1947 the first post-war show, Rebel Maid, was performed. In total, the Society put on no fewer than 21 performances during the period of 1947-1959 (The First 70 Years of Song & Music, The College Amateur Society, 1938-2008, 2008, p.8). These performances included:

The College Amateur Operatic Society wasn’t the only theatrical element to the College. In 1950 drama classes were established and led to quite a considerable pool of talent. The main purpose of the classes was to “concentrate on theatrical study and research”. Although public performances were shown, it was only when they would actively contribute to the training of members.

In his 1953-54 annual report, Dr H. Lowery (1954, p28) claimed that “the College offers a dramatic training which few similar institutions can rival.” This bold claim can be backed up by the reported work put into providing high-quality facilities for students. A practice theatre was established in the Social Studies Department and equipped with portable lighting, flexible staging, recording equipment and a new curtain. Dr Lowery acknowledges these facilities in the report by saying they are “comparable with those of the larger professional training schools.”

The drama class students made the local press and a mention in The Times Educational Supplement when they put on a six night public showing of ‘The Drunkard, or The Fallen Saved’ an American temperance play from 1844. The show was packed full each night and gained the accolade of being the longest running show in the College’s history up to that point.

Many students passed drama teaching examinations at the College with one student qualifying at the Guildhall School of Music and Drama. Others moved on and went to the Central School of Speech and Drama and the College was represented by two students at the London School of Dramatic Art. In the 1953-54 session, Miss Jean Ratnage, Miss Margaret Cutter and Mr David Darling were invited to join a theatrical company that was making a summer tour of German educational institutions in Hessen, sponsored by the German Ministry of Education. They were there for four weeks and gave a total of thirty performances (Lowery, 1954, p.29-30).