Top Exam Result for a College and University Student 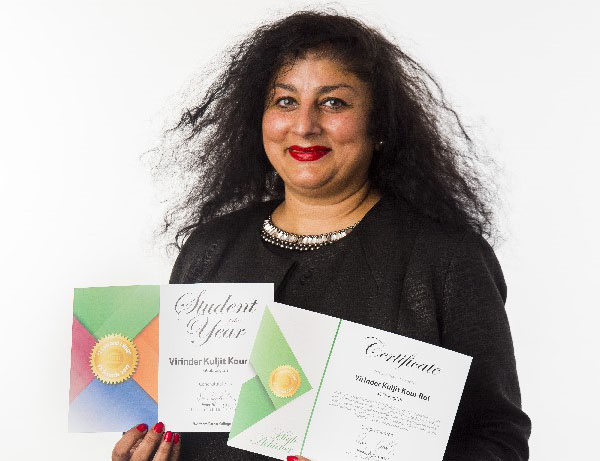 Student, Bimmy Rai, 48 from Leyton, achieved the highest grade, in her GCSE English Language exam at Waltham Forest College after it was re-marked by assessors.

She was already a student at the University of East London (UEL), and she now wants to do further study to become an English Language and Literature teacher.

A delighted Bimmy commented: “It was an extremely challenging year for me on all fronts. But I relished the opportunity to do the best I could as I love the English Language and I’m passionate about teaching.

“I decided to take the calculated risk of getting my papers remarked and I have received some wonderful news. I was awarded a grade 9.

“The teaching team, were fantastic and so supportive and I want them to be officially thanked.”

Bimmy had already done her GCSEs in the 1980s but decided to take English again after she discovered that her original certificates had been lost in a fire at her school in Derbyshire.

She enrolled on adult evening courses in English and maths classes last year at the College. In August, she was awarded a grade 8 in her English and applied to have her result re-examined by assessors.

She was already in her second year as a Business Administration degree student at the University of East London. She worked in the past as a project manager and is currently doing freelance work. She is also tutoring young people on Saturdays.

“When I had heard about your result, it was the icing on the cake for us this year as the College students have done so well.

“Thank you so much for this it is always wonderful to have appreciation for our staff."