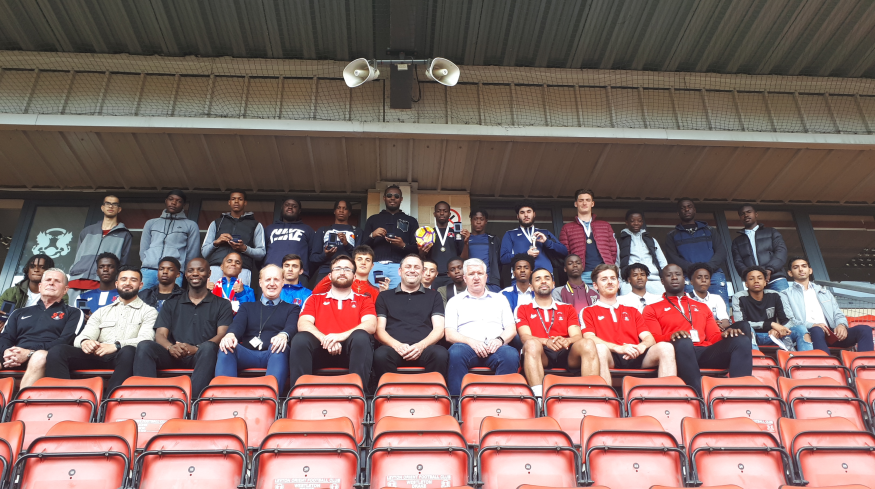 On Wednesday 5 June 2019, Leyton Orient Trust College Study Programme held an awards ceremony at The Breyer Group stadium, the home of Leyton Orient Football Club. The event recognised and rewarded the outstanding achievements of learners throughout the year, in particular, to celebrate the success of the college football team. The College Study Programme is delivered in partnership with Waltham Forest College.

Hafiz, Lead Development Coach, Leyton Orient Trust said: “It was a great occasion to celebrate the students’ fantastic achievement throughout the season - on the pitch and in the classroom. Winning the AoC, English College Regional League, a first for the College Study Programme, is a great testament to the all the players, the coaching team and the teachers. We hope the awards ceremony inspired and motivated the students to make that last push towards the end of the academic year.”